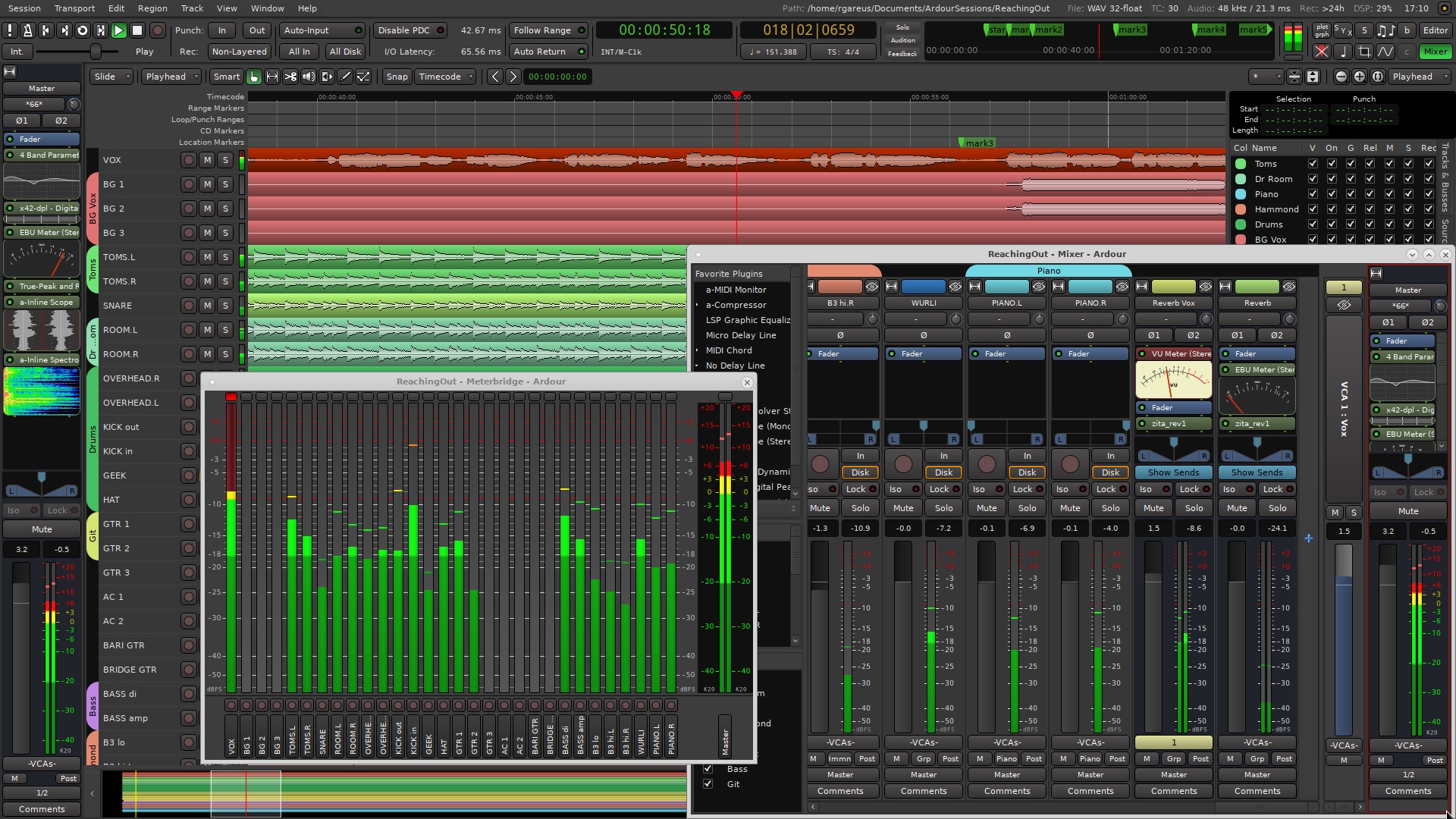 While not so visually different from the previous 5.x series, Ardour 6.0 comes with many under-the-hood changes to make this powerful DAW software more reliable and usable for any musician or sound engineer.

Highlights include full latency compensation that works everywhere, no matter the routed signals, global varispeed through a new a high-quality resampling engine, which also lays the groundwork for making Ardoud sample-rate agnostic, as well as cue monitoring, which lets musicians listen to the input signal and hear themselves performing at the same time.

Ardour 6.0 also brings a wet recording feature that lets you record audio from any position in a Channel’s signal flow, new Snap and Grid features that are now standalone, a new pin management system to enable support of arbitrary connections between plugins, along with the ability to categorize and add metadata to plugins, and a more friendlier Plugin Manager dialog.

Furthermore, Ardour’s MIDI workflow has been greatly improved in this major update to make MIDI editing more reliable, better handle MIDI data during playback, and to visualize velocity more easily. While it didn’t land in this release, the revamped musical time representation will be included in the upcoming Ardoud 7.0 version.

“We’ve completely changed the way we handle MIDI data during playback and the result has been (according to our beta testers) an end to stuck notes, odd looping behavior and missing notes,” said the Ardour developers.

Other noteworthy features include a new virtual MIDI keyboard, support for exporting (with metadata tagging) and importing MP3 audio files on all supported platforms, including Linux, macOS and Windows, support for the FLAC lossless audio format as a native recording format, and support for the FreeBSD, NetBSD, and Open Solaris platforms.

On Linux, Ardour 6.0 brings official 32-bit and 64-bit ARM binaries for Raspberry Pi and similar devices, as well as the ability for the Advanced Linux Sound Architecture (ALSA) backend to separate devices for Input and Output and list subdevices, as well as a new PulseAudio backend for playback.

New Lua scripts are present as well in this release, along with improved Open Sound Control (OSC) support, a new “Latch” automation mode, the ability to take a screenshot of the entire mixer, a time+layer equivalence check, support for various optional LV2 extensions, and countless bug fixes and smaller improvements that you can check out here.

You can download Ardoud 6.0 right now from the official website. However, there’s only the source code provided there so I suggest installing the latest Ardoud release from the stable software repositories of your favorite GNU/Linux distribution.